Esin Çelebi Bayru is Vice President of the International Mevlana Foundation. She is Mevlana Jalaluddin Rumi’s granddaughter from the 22nd generation, a descendent of Sultan Veled and Ulu Arif Çelebi.

Ms. Eva was a scientist who was deeply respected by my father. She came to our house whenever she visited Istanbul. I met with her one-on-one and served her tea and coffee.

As you know, Ms. Eva became a Muslim, taking the name of Hawa. Her request in her will was: “Bury me in Hz. Mevlana’s shadow.” I heard of her will when I was very young. When she passed away in France after many years, her students reminded her sons of the request in her will. Her sons, with the new pain of loss, did not want to send their beloved mother to Turkey, to Konya. They did not want her grave be so far away, so they buried her at a place close to them.

After her death, her students started a foundation to continue her work and her legacy. They respected Ms. Eva’s will, and researched it with care. As they worked one day at the Foundation, someone brought in a cassette tape of a speech given by Ms. Eva at a conference. She expressed her death wish in her own voice: “Bury me in Hz. Mevlana’s shadow.” After finding this tape, the students went to her children and let them hear it. Nine years had passed since Ms. Eva’s death, and the pain had subsided for her sons, so they accepted the moving of the grave. According to the French law, a grave can be moved only during a ten-year period after the death; after this, it is not allowed. Before the expiration of the ten-year limit, the necessary paperwork was completed between the French and the Turkish governments.

Ten years after her death, Ms. Eva’s grave was moved to the Üçler Cemetery in Konya [a burial grounds established in 1273, the year of Mevlana’s death, which contains the original three (üç) graves of the Uçler family] next to Hz. Mevlana’s tomb. A ceremony for Eva was held on December 17, the anniversary of Hz. Mevlana’s death, which is known as the “Seb-i Aruz.” In this ceremony, the Governor of Konya, the Mayor of Konya and several Congressmen were present.

I also was able to attend this ceremony. People from many different countries were present. They had come to Konya for the “Seb-i Aruz,” and when they learned about the ceremony that was going to take place for Ms. Eva, they came. We can say that they came in response to Ms. Eva’s spiritual invitation.

As I was watching the ceremony from some distance, I noticed Ismail Hoca, a Turkish Hafiz [a person who has learned to recite the Qur’an by heart] who lives in New York. He wanted to read something, but the other Hafiz present did not allow him to speak because they did not want to interrupt their program. I was saddened, and turned to an old journalist friend of mine and asked him to relay this message to Ismail Hoca: “Esin Çelebi is here. Please do not leave the ceremony. At the end, after everyone has gone, let’s read a prayer together.” Ismail Hoca became very happy upon hearing this news. In fact, even though he was blind, he started to look around just as if he were seeing. When the ceremony was over and the crowd dispersed, a small group was left. We gathered in that small group at the grave – people from many different countries: the United States, Spain, France and even a lady from Lebanon. Then, I requested Hafiz Ismail to recite a beautiful section from the Qur’an. After that, according to the Mevlevi tradition, we repeated the name of God “Allah” many times at the grave. Professor Ibrahim Feracace from the US, who was standing next to me, asked, “With your permission, I would like to read a prayer in English.” He read a prayer in English. Then, a Spanish lady who was standing next to Mr. Feracace sang a hymn in Spanish. The French person said, “I would like to read something in French.” And so, there at the head of Ms. Eva’s grave, many prayers were read in many languages. At the end, I read a Mevlevi prayer. This was a ceremony without preparation, coming directly from the heart.

There is a beautiful lesson we can learn from this story. I tell it to many young people as an example. Even after walking to the Truth (i.e., after death), a person can still receive gifts. Ms. Eva spent a lifetime in beautiful service and her wish came true ten years after her death.

Esin Çelebi Bayru is Vice President of the International Mevlana Foundation. She is Mevlana Jalaluddin Rumi’s granddaughter from the 22nd generation, a descendent of Sultan Veled and Ulu Arif Çelebi.

A Remembrance by Esin Çelebi published in « A Woman’s Path to the Heart of Islam: Interviews by Rachel Et Jean-Pierre Cartier with Eva de Vitray-Meyerovitch (The Fons Vitae Rumi Series) » 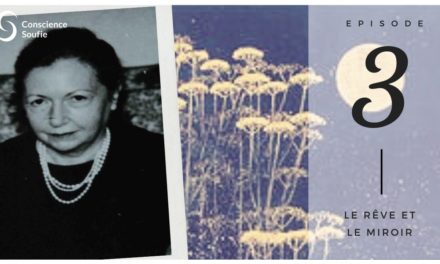 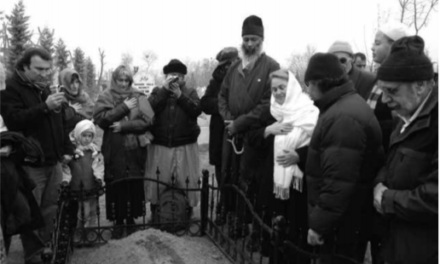 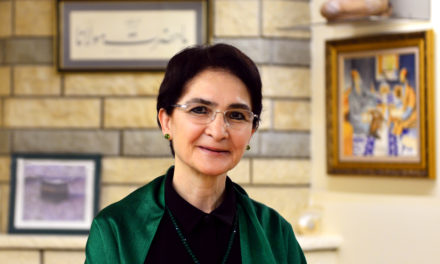 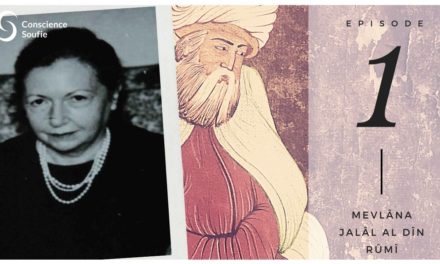