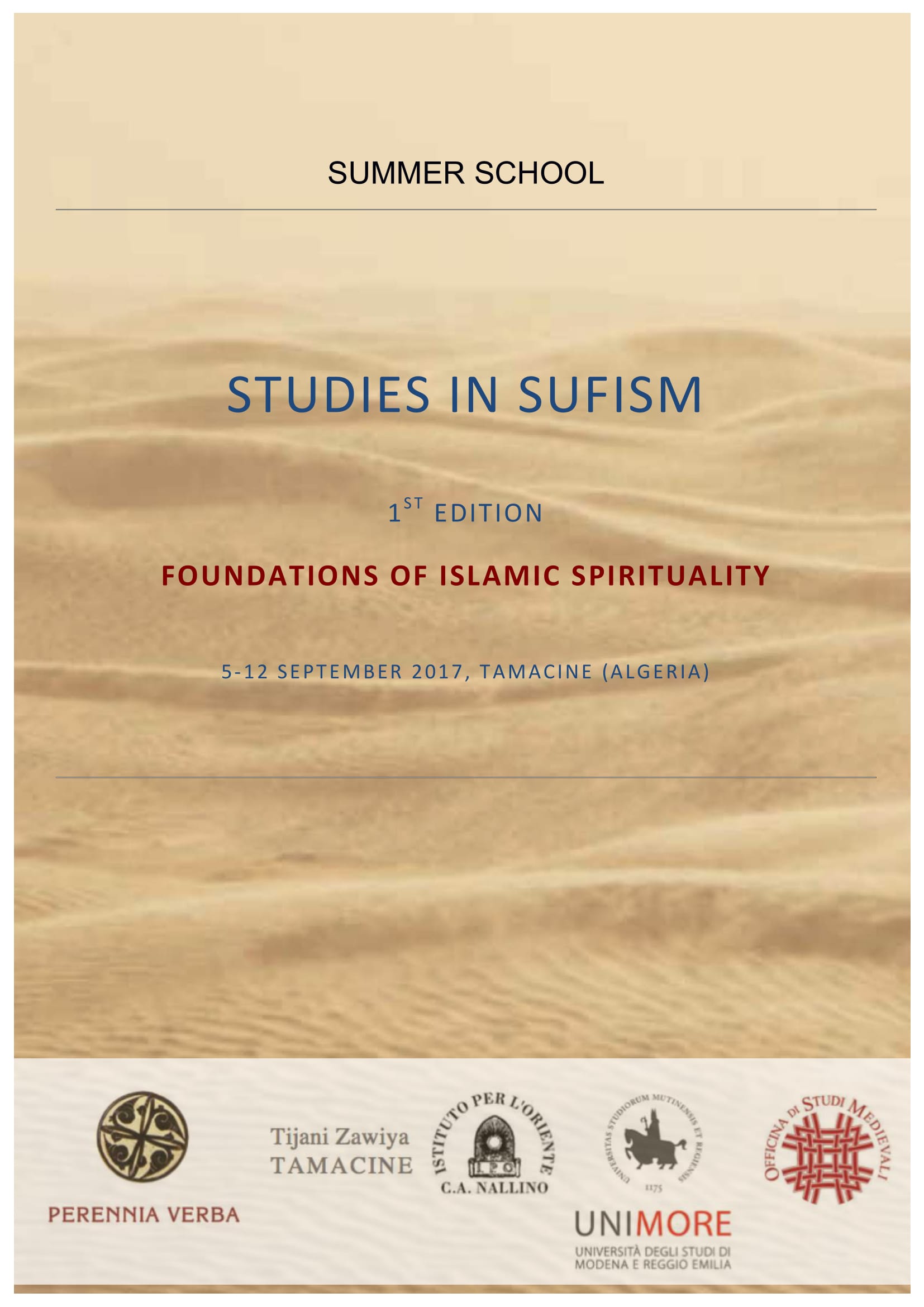 The first edition of the Winter School “Foundations of Islamic Spirituality”, organized by the association Perennia Verba (Parma, IT) in collaboration with the Istituto per l’Oriente Carlo Alfonso Nallino (Rome, IT), the Università degli Studi di Modena e Reggio Emilia (IT), the Officina di Studi Medievali (Palermo, IT), the Instituto di Scienze dell’Uomo (Rimini, IT) and the Tijani Zawiya in Tamacine, in the heart of the Algerian desert, where the School will be hosted. The aim of the school is to bring together senior scholars and young researchers in order to analyze the basic tenets of taṣawwuf and contextualize new issues coming from later developments in Islamic spirituality. The choice of a traditional Islamic milieu as a location for the school has been made with this very perspective in mind.

The topic chosen for the present year will be Early Sufism between Baghdad and Khorasan and Later Developments in taṣawwuf. The activities of the school will explore the foundations of core ideas and fundamental principles in Islamic Spirituality, as originally conceived within the schools of Baghdad and Khorasan, and their relevance for the understanding of subsequent conceptual developments throughout the history of Sufism. There will be three kinds of activities:

• Frontal lectures on the key topics of this year’s edition;

• Workshops based on readings and discussions of primary sources on different aspects of early Sufism. A selection of these texts will be forwarded to the participants in due time.